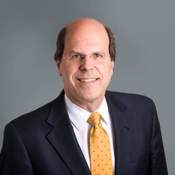 Bruce Campbell is President and Chief Executive Officer of the Independent Electricity System Operator. Under Mr. Campbell's leadership, the IESO oversees the safe and reliable operation of Ontario's bulk electrical system and market as well as long-term energy planning and procurement, and the promotion of a conservation culture in the province.
Mr. Campbell was instrumental in preparing Ontario’s power system for the integration of Ontario’s growing investment in renewable wind and solar generation. Under his direction, the IESO has introduced innovative technologies such as storage into the power system and is actively pursuing more competitive, cost-effective solutions to meet future power needs.
In addition, Mr. Campbell represents Ontario on several international fronts. He serves on the North American Electric Reliability Corporation’s (NERC) Member Representative Committee and on the Council of Independent System Operators and Regional Transmission Organizations which supports sustainable and reliable electric power delivery to millions of consumers across the continent.
A graduate of Osgoode Hall Law School and the University of Waterloo, Mr. Campbell is a member of the Law Society of Upper Canada, and also holds the Institute of Corporate Directors ICD.D (Certified Director) designation.
On January 1, 2015, Mr. Campbell assumed responsibility as President and CEO of the merged Independent Electricity System Operator, which integrated with the Ontario Power Authority.