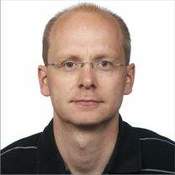 Dr. Hartmut M. Holländer is an Associate Professor in the Department of Civil Engineering at the University of Manitoba. He is a civil engineer specialized in numerical groundwater modeling. He was awarded his Ph.D. in 2005 from the Leibniz University Hanover, Germany. After his post-doctoral position at the Commonwealth Scientific and Industrial Organisation (CSIRO), Adelaide, Australia, he joined the Brandenburg University of Technology (BTU) Cottbus, Germany in 2008. He served from 2010 to 2012 as a Research Scientist in the State Authority of Mining, Energy, and Geology, Hanover, Germany before he joined in 2013 as a Research Associate and Adjunct Professor the University of Manitoba.
Dr. Holländer's research program focuses on numerical studies on heat transport problems related to geothermal energy, density-driven flow, and groundwater contamination. Additionally, he conducts laboratory experiments on remediation and tests the methods in the field.