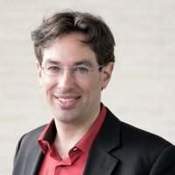 Interested in geothermal energy, Professor Jasmin Raymond is conducting research work on low to medium temperature resources, including heat pump systems. The main objective of his projects, done in collaboration with geothermal designers, operators and manufacturers, is to improve the efficiency and profitability of systems by providing scientific and technological innovations. Field testing and numerical modeling are the main activities he carries out.
Mr Raymond is a hydrogeologist and he teaches geothermal energy basics at Institut national de la recherche scientifique in Quebec City. He obtained his Ph.D. at Laval University and a B.Sc. at McGill University. During his young career, he received numerous prices such as a Banting Scholarship for his postdoctoral research. He currently holds a research chair from l’Institut nordique du Québec to investigate the geothermal potential of northern communities and mines in addition to be the coleader of an international research group on geothermal energy supported by UNESCO. Highly involved in the scientific community, he participates to a task group of the Canadian Standard Association on geothermal heat pumps and the geothermal advisory committee of Geoscience BC. He coauthored a report from the Geological Survey of Canada on the geothermal potential of the country and was awarded the Canadian Geotechnical Society Colloquium in order to complete a Canadian lecture tour during 2016-2017.