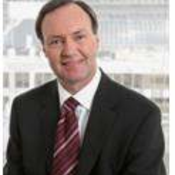 Steve Dorey (retired) led the Energy and Environment practice in Canada for Charles River Associates, a global economic and business consulting firm based in Boston. He was also the Chair of the Energy Council of Canada Studies Committee and Principal of Queen’s Quay Advisors. Steve has served as Strategic Advisor to the CEO of the Ontario Power Authority and over the previous ten years, as Vice President, External Relations and Senior Vice President Strategic Planning with Hydro One Inc., the Province’s principal transmitter and the largest distributor. He was the Executive Director for the Electricity Conservation and Supply Task Force that developed the action plan for Ontario’s electricity sector - Tough Choices: Addressing Ontario’s Power Needs. The recommendations, adopted by Minister of Energy in January 2004 formed the blueprint for the subsequent restructuring of the Ontario power market. Steve has held a variety of senior positions in the Ontario Ministry of Finance and was Assistant Deputy Minister responsible for Economic Policy and Ontario’s Chief Economist.A native of Whitehorse, Yukon, Steve taught at the University of Regina and has advised a number of provincial and territorial governments on financial and economic development issues.Steve is a member of a number of industry and volunteer boards, committees and task forces, including:-Executive Committee of the Energy Council of Canada-Canadian Energy Efficiency Alliance Board-The Laidlaw Foundation Investment Committee