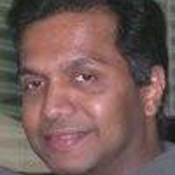 Dr. Sivoththaman received the PhD degree from the University of Paris (France) in 1993. After his PhD he worked at the Interuniversity Micro Electronic Center - IMEC (Belgium) as a Senior Research Scientist for 6 years. In year 2000 he joined the Electrical and Computer Engineering department of the University of Waterloo as an Associate Professor and became Full Professor in 2007. Dr. Sivoththaman received the Ontario Premier's Research Excellence Award in 2002. He has served as the first Director of University of Waterloo's Nanotechnology Engineering Program during the period 2004-2006. Dr. Sivoththaman has held an NSERC Associate Industrial Research Chair in Radio Frequency (RF) Engineering and Micro Electro Mechanical Systems (MEMS) during 2002-2006. At present Dr. Sivoththaman holds the Ontario Research Chair for Renewable Energy Technologies and Health. He is also the Director of the Centre for Advanced Photovoltaic Devices and Systems (CAPDS) at Waterloo. Dr. Sivoththaman is a Senior Member of the IEEE.