Skip to main content
You are here: WISE Energy Day 2018 ›

We are providing the opportunity for students to present their research to individuals from the government, industry and academic communities. There are 20 student poster spots available for showing and the first 10 to apply will be given financial assistance up to $50.00 CAD for printing costs.

This year we are asking for research related to:

If you know of a student or group of students working on research related to our themes please have them contact Jessica Strickler: jessica.strickler@uwaterloo.ca. To receive financial assistance for poster printing a request must be made before March 15, 2018 & an original receipt is required. 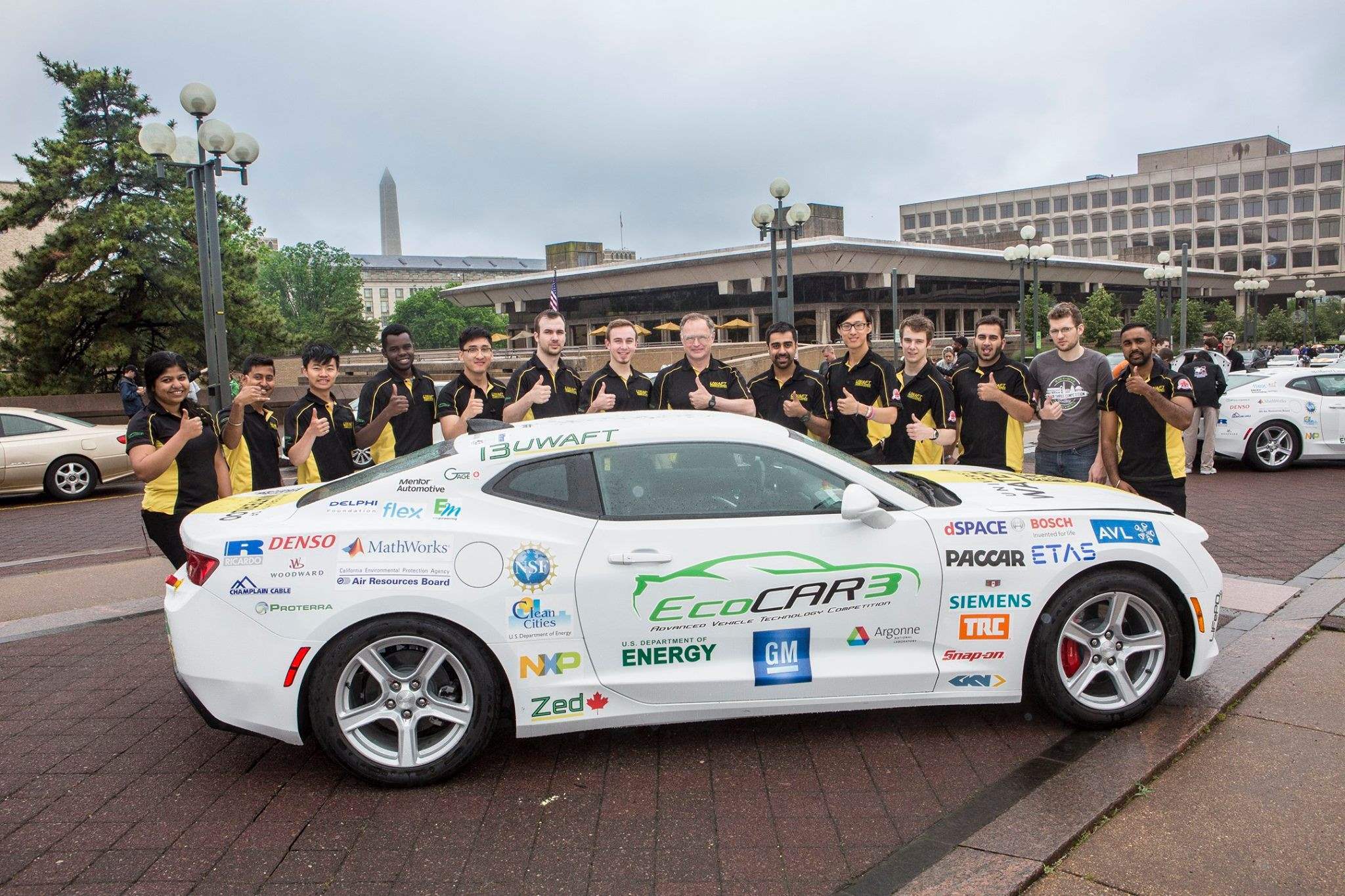 One option for reducing greenhouse gas emissions is to convert CO2-rich waste streams such as landfill gas (LFG) into renewable natural gas (RNG) via the Sabatier reaction (CO2 + 4H2 = CH4 + 2H2O + heat) [1-3]. Thermocatalytic hydrogenation provides advantages of fast reaction rates and high conversion efficiencies (as compared to electro-catalytic and photo-catalytic routes), thus allowing for compact, high-throughput operation [1]. To make the process sustainable, H2 required for CO2 hydrogenation should have zero or negligible carbon footprint, which is achievable if H2 is produced via water electrolysis using renewable or surplus electricity. This work looks into minimizing the production cost of producing RNG from LFG by simulating a power-to-gas methanation plant utilizing a novel, single pass, internally cooled methanation reactor technology. Techno-economic evaluation on the process model was carried out along with a sensitivity analysis on key operational parameters including electricity price and RNG selling price to examine the economic viability. Current and possible future barriers facing this avenue for CO2 utilization will be presented and discussed.

Estimating the Carbon Cost of the Low-Carbon Energy Transition

This work estimates the carbon emissions required to construct the low-carbon global energy system proposed by Jacobson et al in 100\% Clean and Renewable Wind, Water, and Sunlight All-Sector Energy Roadmaps for 139 Countries of the World. The need for this work stems from the observations that climate science has determined a limited carbon budget for anthropogenic emissions if the increase in global average temperature is going to be kept below a given target after which all emissions must stop; that replacing the global energy system is crucial to both maintaining a human society of any form and preventing climate change; and that building the new energy system must be powered from the existing fossil fuel dominated energy system. It is then clearly an important piece of information for planning purposes to know how much carbon must be allocated to the energy transition, and the factors that influence that. The constructed arithmetic model is transparent and simple but incorporates net energy considerations and a detailed technical assessment of the energy requirements to built renewable energy capacity. This information is retrieved from the Life Cycle Assessment literature, with the completion of a comparative analysis.A sensitivity analysis analyzing the impacts of final energy mix, transition rate, final energy demand, how fossil fuels are taken offline, and other factors was completed. The goal is to frame the total carbon requirement as another feasibility metric of the transition, and understanding the previous factors as characteristics of the transition that humanity can influence. The inquiry also provides insight into the questions that urgently require attention as this essentially unprecedented change to the modern economy is planned and managed. Results indicate that as much as 10\% of the remaining budget must be allocated to the transition.

Social Innovation in the Ontario Energy System: The Future

I've begun exploring the structure of the current energy system in Ontario, from the regulatory bodies and legislative processes to the producers, distributors, and transmission companies. Of special interest have been examples of community-led innovation, such as renewable energy co-operatives which finance large-scale projects with solar bonds, and initiatives which promote impact investing as both a way to grow one's portfolio as well as contribute to promoting sustainability. Drawing on work experience with companies who've secured residential MicroFIT contracts as well as insightful conversations and research at school, I hope to identify opportunities for increased democratization of energy and for increased application of social finance to the energy sector as a whole.

Sustainable and reliable energy access is a cornerstone of economic growth and quality of life. Despite this, over 1 billion people around the world still lack access to electricity. Commonly used technologies such as solar home systems and grid/microgrid solutions are still either unaffordable or unable to scale effectively to meet the needs of these communities. This is especially true for rural, developing, or isolated regions of the world. Circadian Energy is developing a consumer-level hub that manages a home’s energy generation, storage, and consumption, allowing for easy integration of current and future generation and storage technologies. Each hub has a wired connection to its neighbours, allowing communities to pool their energy resources. Homes are able to share electricity with their neighbours during periods of excess generation or demand, thereby creating an efficient and reliable energy network. The result is an energy infrastructure with the capacity to outperform conventional technology in both efficiency and cost while being well adapted to the needs of the future.

Due to traffic congestion and air pollution in metropolitan cities, there is a need for cheap and eco-friendly transportation. The project objective is to design an energy storage and conversion system which works within a public bike share. Each bicycle carries a device that charges a battery during journeys. Upon completion of a journey, the bicycle is docked at a station and the battery’s stored energy is transferred to the grid. Reward points, which users earn for completed journeys, are used to offset rental costs.

Power-to-gas is a promising option for storing interment renewables, nuclear baseload power, and distributed energy and it is a novel concept for the transition to the increased renewable content of current fuels with an ultimate goal of transition to a sustainable low-carbon future energy system that interconnect power, transportation sectors and thermal energy demand altogether. Power-to-gas (P2G) is the process of converting electricity into gaseous hydrogen fuel and then using existing natural gas infrastructure for storage and distribution of the hydrogen enriched stream.