On Tuesday November 24th, I had the pleasure of attending the GridSmartCity 2015 Round Table, as a student member of WISE. GridSmartCity is a cooperative of utilities, Smart Grid innovators, industry regulators, government, academia and other electricity industry stakeholders. The partner organizations are committed to work collectively towards productivity and efficiency improvements, advancements in self-healing grids, conservation program implementation, the emergence of renewable energy and community energy planning. The following is a brief summary of the keynote speaker presentations, followed by my main takeaway. 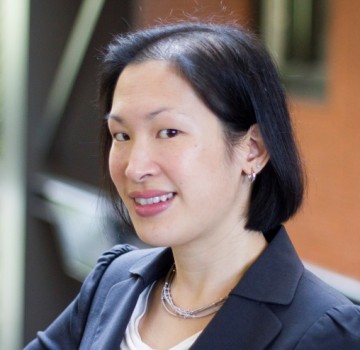 Stephanie Whitney, MEB, P.Eng. is an ECC Fellow with WISE and a Senior Project Manager at AET,
View her Member Profile

The Hon. Jon Baird (Former Federal Cabinet Minister and Ontario Minister of Energy) presented the “Pulse on Provincial and Federal Energy Policy”: Mr. Baird commented on the consequential and material impacts of global economic issues – the over-supply and collapse of oil prices, the end of China’s “mega” economic boom, and President Obama’s rejection of the Keystone pipeline, to name a few – on Canada’s energy outlook. Mr. Baird noted the inherently political nature of energy and other environmental issues, and offered his perspective on the recent Federal election, as well as potential outcomes for Ontario, specifically. Given Premier Wynne’s early and on-going public support for the national Liberal campaign, Mr. Baird expects that Ontario will reap significant benefits in the implementation of Prime Minister Trudeau’s infrastructure investment strategy, over the next few years. Mr. Baird also expressed strong views regarding municipal amalgamation, stating that in his experience, this process does not save money or lead to gains in efficiency. He likened municipal amalgamation to the consolidation of local distribution companies (LDCs) in Ontario, encouraging collaborative engagement between LDCs to investigate efficiency and innovation opportunities, instead of consolidation.
Chris Turner (Award Winning Canadian Journalist and Author) presented “Making the Leap: Game Changers for the Global Green Economy”: Mr. Turner discussed lessons learned from the initial implementation and roll-out of Ontario’s Green Energy Act (GEA). Mr. Turner argued that the focus on top-down, large-scale, alternative energy projects, the lack of champions within the government, and the arduous permitting and approvals process resulted in sup-optimal achievement of the GEA’s goals. Mr. Turner noted that there was a high degree of pushback to the GEA, particularly from rural Ontario, where NIMBYism (Not-in-my-back-yard) and anti-solar and wind sentiment is still prevalent. Mr. Turner commented on success factors in examples where the GEA was well-received, such as Sioux St. Marie: a high-degree of local control of utilities and grid operations, strong community engagement, mature partnerships with First Nations groups, and abundant sources of renewable energy. Citing examples from select European communities with showcase alternative energy projects, Mr. Turner emphasized the importance of alternative value propositions, including individual homes and businesses becoming energy exporters, supported by a smart-grid enabled distribution grid and innovative technologies, such as electric vehicles.
Derek Burleton (VP and Deputy Chief Economist with TD Bank) presented the “Canadian Economic Review”: Mr. Burleton provided insight regarding two of the world’s major economies, China and the United States. According to Mr. Burleton, China’s slowed economic growth signals a transition to a more service-driven economy; the country is no longer solely focused on manufacturing, which is optimistic for the Canadian export industry. Mr. Burleton described the United States as a “tale of two economies”: the US dollar is performing well in global markets, yet there is considerable domestic turmoil resulting from uncertainty in household debt. Mr. Burleton also emphasized that the rate of debt increase is just as important as the actual debt load. Finally, Mr. Burleton commented on the difficulty of measuring productivity in the North American context, and discussed systemic issues around increasing productivity, such as risk aversion and regulatory barriers (including trade agreements). Mr. Burleton encouraged further research on new types of costing models to reduce trade barriers between the provinces.
A common thread between the three keynote speakers’ presentations was the importance of community engagement in the transition to a sustainable energy future. The immense value of trust and social license to operate was reiterated during the presentations and the conservations that followed. Given that my PhD research focuses on the decision-making around energy use, I was particularly interested in comments and questions from the audience related to individual and corporate attitudes, cultural values and expectations, and the impacts of communication strategies. It was acknowledged that “psychological readiness” is a key pre-requisite for the emergence of a new energy paradigm, and the innovative technologies and behavioural practices that must precede the transformation of Ontario’s electricity distribution grid.  Developing a deep understanding of customer values, feelings, perceptions, and misconceptions was seen as a critical first step in exploring any new efficiency or innovation opportunity.
Events such as the GridSmartCity Round Table motivate and encourage me to continue along my chosen research path. My experiences thus far with the actors within the energy sector have been very positive. I look forward to many more experiences and interactions, as a student member of WISE and an Energy Council of Canada (ECC) Fellow.