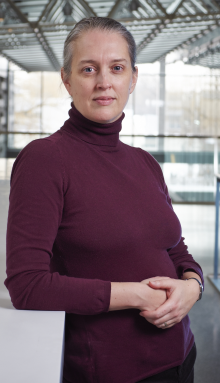 Professor Heather E. Douglas joins the ranks of the AAAS Fellows "for distinguished contributions to the philosophy of science, particularly to the analysis of science policy, science in a democratic society, and values in science."

The American Association for the Advancement of Science, founded in 1848 is the world’s largest general scientific society and the publisher of the high impact journal Science. The mission of AAAS is to “advance science and serve society”. Election as a fellow is an honour bestowed upon members by their peers.

“I am greatly honoured to be elected as a fellow of AAAS,” says Professor Douglas. “We want societies to be guided by both citizens and technical expertise, but how to combine these two threads in a constructive way is an ongoing challenge. AAAS helps scientists grapple with the responsibilities on doing science within and for complex societies, and I am happy to help with that goal.”

This year 391 members have been awarded this honour because of their scientifically or socially distinguished efforts to advance science or its applications.

The new Fellows will be presented with an official certificate and a gold and blue (representing science and engineering, respectively) rosette pin on Saturday, February 18 at the AAAS Fellows Forum in Boston.