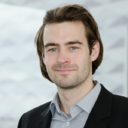 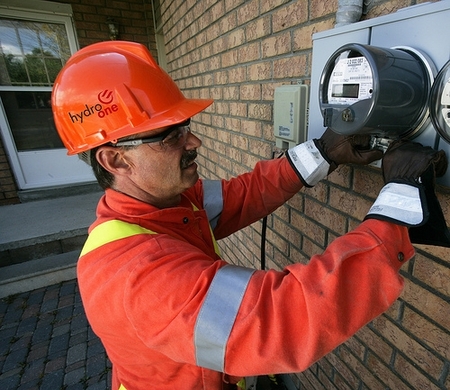 by Shirley Townsend, published at renewgridmag.com and plugineurope.com on Monday 27 August 2012

While electric utilities worldwide are making major investments in smart grids, researchers in Ontario are finding ways to help them make the grid greener, more efficient and more reliable.
Ontario, with iconic Niagara Falls on its doorstep, has a long history of developing large-scale hydroelectric networks. Over the past century, as the power grid serving the province's booming economy became more complex and sophisticated, researchers at Ontario universities developed a long list of solutions to help meet energy system challenges.
Today, the research focus is on the smart grid. Ontario has recently completed the province-wide deployment of 4.6 million smart meters and mandatory time-of-use rates for 3.1 million customers - one of the largest and rollouts in the world. And now, Dr. Rajiv Varma at the University of Western Ontario is developing a technology that both solves a critical smart grid issue and enables solar farms to make money at night.
Varma's solution involves linking solar inverters with nearby wind turbines. At night, when the turbines can potentially generate more power due to high winds, the grid operator currently has little choice but to disallow the turbines, as they are likely to increase system voltages beyond acceptable limits.
But with Varma's approach, the wind turbines can feed the excess night-time power into the grid with voltage control provided by the temporarily-dormant solar farm. In effect, the turbine uses the solar farm as a type of reactive power compensator called STATCOM.
The end result is clean, consistent power levels and an overall increase in the total amount of renewable energy allowed onto the grid. This allows the wind farm to generate more revenue, which can be shared with the solar farm operator in a win/win alliance.
Varma's research involves both academic and industry partners. They include Hydro One, London Hydro, Bluewater Power, the Ontario Centres of Excellence (OCE), Ontario Power Authority (OPA) and First Solar, the operator of an 80 MW solar farm near Sarnia, which is currently the largest in North America.
The nighttime solar technology will be showcased for the first time in Canada in the networks of London Hydro and Bluewater Power this summer.
The University of Waterloo, an institution recognized for its strengths in computer engineering, is also involved in Varma's project. In September 2011, Mahindra Satyam, a global consulting and IT services provider, announced it would establish a new Smart Grid Research and Innovation Centre in collaboration with the University of Waterloo's Institute for Sustainable Energy (WISE).
Additionally, graduate students at Queen's University in Kingston are working on a number of smart grid-related projects that are tied to the Queen's Centre for Energy and Power Electronics Research - the ePOWER Centre. Students are partnering with companies such as Honeywell and Freescale Semiconductors on a variety of initiatives.
Other private firms, such as GE, are also tapping into Ontario's pool of smart grid expertise to ramp up their own research investments. GE has operated in Ontario for more than 100 years, beginning with a manufacturing facility in Peterborough, Ontario, founded by Thomas Edison in 1892.
Today, GE's global headquarters for grid automation is in Markham, just north of Toronto. GE is a key partner in smart grid initiatives across the province, including Hydro One's advanced distribution system pilot project near Owen Sound, which involves approximately 25,000 customers spread over 5,000 square miles of forests and rural countryside.
The Owen Sound pilot is a multi-year initiative designed to design, build and operate a distribution system that can realize the full smart grid potential: integrate more renewable energy from distributed generators; improve system reliability and outage management; and increase system efficiencies through better asset planning, diagnostics and operations. The pilot is also measuring the system impacts and opportunities of plug-in hybrid electric vehicles and in-home technologies.
Joining Hydro One and GE in this project are IBM Canada, Trilliant and Telvent.
For its part, GE is also opening a new $40 million Grid IQ Innovation Centre in September 2012. Teams housed in the 200,000 square-foot facility will develop and manufacture smart grid technologies, and the site will include an extensive testing and simulation laboratory designed to give inventors the resources they need to accelerate the development of new energy solutions.

Shirley Townsend is a senior economic officer for the Ontario Ministry of Economic Development and Trade. Townsend, who is based in the Ontario International Marketing Centre in Los Angeles, can be reached at Shirley.Townsend@international.gc.ca.

Photo courtesy of Hydro One