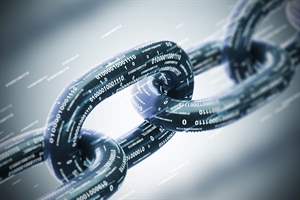 Currently, a homeowner with a dozen photovoltaic panels on her roof has only one option for selling the electricity she produces: to the local utility at a price established by government.

But as Keshav points out, lots of companies are keen to prove their eco-credentials by buying renewable energy certificates (RECs) to offset the carbon-intensive electricity they use. Unfortunately, certifying RECs is cumbersome and expensive, putting it beyond the reach of smaller producers.

Blockchain could change that by offering a cheap and secure way for households and other small-scale producers to certify their electricity production and track transactions.

The problem is bottlenecks. Currently, blockchain can only support a few hundred transactions per second, because before a block of transactions is confirmed, several servers must agree on its contents. When those servers are scattered around the world, delays and communication failures can slow down that process.

Keshav and his colleagues have created a solution called Canopus. By ensuring the servers that verify a particular block are near one another, Canopus speeds up communication. The researchers are now creating a prototype Canopus-driven blockchain they anticipate could handle more than a million transactions per second.

If successful, this system will open up markets to green energy producers regardless of size — and make investing in smaller renewable energy systems a more attractive proposition.