Into the Vortex: Investigating Flow Over Airfoils at Low Reynolds Numbers 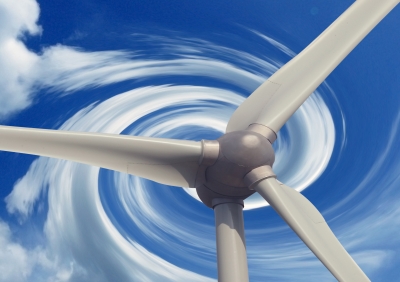 Scientists and engineers understand how air behaves when it flows over airplane wings and wind turbine blades at high Reynolds numbers - a ratio that involves wind speed, airfoil dimensions and the viscosity of the surrounding air.

However, we know much less about its behaviour at low Reynolds numbers - numbers often encountered by small-scale wind turbines.

That's where UW researcher Serhiy Yarusevych comes in. In a series of wind tunnel experiments, Yarusevych and his group used flow visualization and quantitative measurements to investigate key physical phenomena occurring over an airfoil at different Reynolds numbers and angles of attack.

In both scenarios, the researchers discovered that shear layer transition to turbulence and the associated formation of vortices play a key role in flow development. They also found that vortices formed in the airfoil wake, which may lead to undesirable noise and vibrations.

Learn more about Serhiy Yarusevych's research in the WISE library.