Published
on
| 10,482 views
| 0 followers
members are following updates on this item. 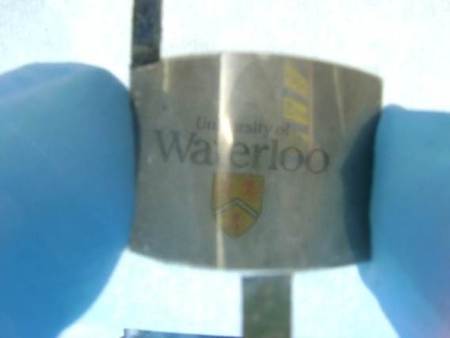 Imagine a simple, durable energy storage system that can deliver more than a thousand watts of power per kilogram. Imagine that it can be charged and discharged far faster than any battery. Now imagine being able to bend and twist it.

WISE's Aiping Yu and her chemical engineering team have created a supercapacitor with energy densities and storage capabilities several orders of magnitude greater that those of conventional capacitors. And, yes, squeeze it between your thumb and forefinger and it forms a graceful curve.

The researchers' secret was marrying graphene with polypyrroles. Graphene provides the flexibility, plus the ability to store a charge thanks to its electric double-layer capacity. Polypyrroles boost that storage capacity via a different mechanism called pseudocapacitance.

Using a pulsed electropolymerization technique, the researchers diffused the pyrrole monomers into the pores of the graphene, creating a uniform coating.

The result? A flexible, powerful film that can be used in everything from hybrid electric vehicles to cell phones and MP3 players.

Learn more about Aiping Yu's and Zhongwei Chen's research in the WISE library.