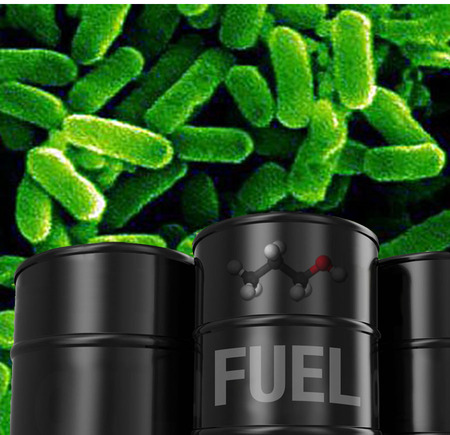 In the quest to find planet-friendly substitutes for fossil fuels, more and more researchers are turning their attention to propanol. This alcohol boasts a higher energy content than its cousin ethanol, widely touted as a green substitute for gasoline. And unlike ethanol, propanol can be transported in existing gas pipelines. The problem is how to produce it.

Perry Chou and fellow researchers in Waterloo's department of Chemical Engineering believe the answer could be bacteria. By tinkering with the metabolic pathways of E. coli - a harmless and easily grown microorganism - the investigators succeeded in producing a microscopic propanol factory.

By genetically manipulating a novel pathway in the bacteria, they were able to churn out propanol in concentrations up to 7 g/L. It's an intriguing glimpse of how this environmentally responsible biofuel might be produced in the future.

While the new technology might have a potential for commercialization, Chou, Moo-Young, and their colleagues have identified several issues that first need to be addressed. On the to-do list is eliminating bottlenecks at key points in the pathway, knocking other metabolic pathways that generate unwanted byproducts, and determining the optimal conditions for cultivating these bacterial workhouses.