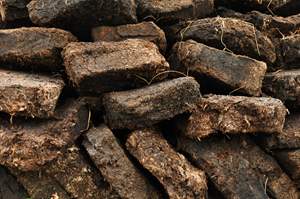 Each year, a noxious haze blankets much of Indonesia. It’s the result of burning peatlands — the boggy land that covers more than ten per cent of the country. Farmers here have traditionally used slash-and-burn techniques to prepare land for planting, but the level of burning has increased dramatically as large areas are converted to industrial-scale palm oil plantations.

WISE researchers hate to see a valuable resource go up in smoke. So they’ve proposed a better idea: gasification. Chemical engineers Ali Elkamel and Bill Anderson and their team have developed a conceptual design to convert peat into electricity and methanol, creating valuable commodities while cutting pollution.

They started by exploring different combinations of gasifiers and methanol synthesizing reactors. Next, they judged the designs based on levels of methanol and electricity production, emissions, upfront costs and payback periods.

One stood out: a combination of fluidized-bed gasification and liquid-phase methanol synthesis. Elkamel and Anderson and their colleagues then refined this design, adding more details and tweaking different components.

Their simulations reveal a process that could transform 1,000 tonnes of peat a day into 214 tonnes of methanol and 56 MW of electricity — figures that are competitive with other types of biomass-to-methanol plants and integrated gasification plants.

And with a projected payback period of just four years, this approach to tackling peaty pollution is clearly worth exploring.