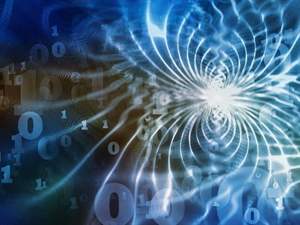 All around us, energy currently goes to waste. At any given moment, billions of Wi-Fi antennas and TV and radio stations are filling the atmosphere with electromagnetic waves. By harvesting these waves and converting them into electricity, we could tap into a vast source of “free” energy.

The question is how.

WISE member Omar Ramahi, a professor in Waterloo’s Department of Electrical and Computer Engineering, is exploring the potential of frequency-selective surfaces (FSSs). Essentially, these are surfaces deliberately contoured to absorb and channel electromagnetic waves of a specific frequency, extracting as much usable energy as possible.

Ramahi and his students started by optimizing FSS cells to harvest radio-frequency waves, producing a surface that could capture 97 per cent of available energy. Next, they combined a series of these cells with a rectifier to convert that energy to DC electricity.

By pairing a single rectifier with multiple cells, rather than one per cell, they created a far more efficient prototype than any previously reported FSS system. In lab settings, it converted an impressive 61 per cent of electromagnetic radiation into DC energy. According to researchers’ subsequent simulations, the optimal design would consist of one rectifier for every 16 cells.

Although the amount of energy harvested isn’t enough to fuel a car or heat a home, it could power a low-power device: an industrial sensor, for example, or a wireless computer mouse. As a result, we could say goodbye to our reliance batteries and all the environmental headaches that creates.