Skip to main content
Reminders
You are here: Research › Our Labs ›

Encompassing complex material synthesis, physical and structural characterization, electrochemical testing and electrode design for various energy storage devices. Promising new directions particularly lie in nanomaterials. They offer the possibility of moving into the realm of high-capacity systems that operate on the basis of intimate contact of the redox active components. The research employs a range of physical chemistry techniques, including ex-situ and in-situ studies involving X-ray/neutron diffraction, Raman microprobe and NMR spectroscopies, combined with fundamental electrochemical studies used to examine the underlying processes in solids. We are a multidisciplinary group consisting of students enrolled in the Departments of Chemistry and Electrical and Computer Engineering.

Plug-in hybrid electric vehicles and pure electric vehicles are better for the planet. They generate less pollution and less greenhouse gas emissions. So why don't we see more of them on the roads? Blame the battery. The lithium-ion versions currently used simply don't have the capacity that drivers want. A Nissan Leaf, for example, can travel only 100 miles on a single charge. At UW, Canada Research Chair Linda Nazar is turning her attention to lithium-sulfur (Li-S) and lithium-oxygen (Li-O2) batteries. Because of their energy density, they have the potential to achieve a far higher energy density than their lithium-ion counterparts. In Li-S batteries, the electrons and lithium are stored at the positive electrode by reacting them with sulfur to form lithium sulfide (Li2S). The process is reversible, so directing the flow of electrons the other way regenerates the sulfur, creating a rechargeable cell. Li-O2 batteries rely on similar chemistry, except that storage is in the form of Li2O2. Although Li-S cells are further along in development, there are two main hurdles to commercialization. One is keeping the sulfur - or the discharge product, Li2S - in intimate contact with a conductive material in the cathode. The other is preventing the soluble polysulfide intermediates from getting "lost" into the electrolyte, thus reducing the capacity of the batteries with each cycle. 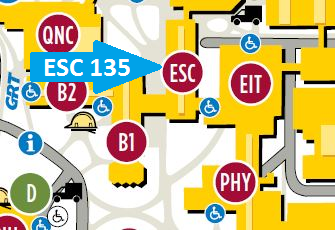