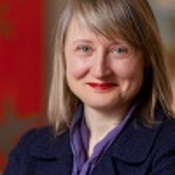 Céline Bak is the President of Analytica Advisors. In 2007 she recognized that innovation-based industries were poorly represented through existing primary economic research and posited that this lack of evidence distorted the whole lifecycle of innovation-based companies, from incubation and capital raising to securing domestic reference customers and competing globally. In order to change this, she has authored and published six annual national micro-economic reports that have established the evidence base Canada's emerging energy and water technology industry. Her research has changed the investment and policy landscape, and has formed the basis of hundreds of millions of dollars in catalytic public program investment. She has worked in 25 countries and began exporting when she was 25.
Having worked in 25 countries, Céline’s career began as a consultant to British Airways and then as a Principal of A.T. Kearney, a global management consulting firm. She was later an operating executive in two high growth Canadian technology companies, Solect Technology group and Bridgewater Systems, both of which were acquired by Amdocs (DOX) .in Israel. She is now a senior fellow in the global economy program at the Centre for International Governance Innovation, based in Waterloo ON, where she leads the Canadian Clean Technology Innovation (CCTI) Partnership program. She sits as an independent director at Green Centre Canada and serves on the Core Evaluation Team for Genome Canada's Genomic Applications Partnership Program.