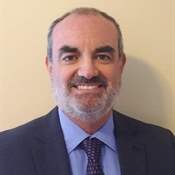 Claudio Cañizares is a University Professor and Hydro One Endowed Chair in the electrical and computer engineering (ECE) department at the University of Waterloo, where he has held various academic and administrative positions since 1993. Most recently, he is appointed the Executive Director of the Waterloo Institute for Sustainable Energy (WISE).
He received an electrical engineering degree from the Escuela Politécnica Nacional (EPN) in Quito, Ecuador in 1984, where he held different academic and administrative positions between 1983 and 1993, and his MSc (1988) and PhD (1991) degrees in electrical engineering from the University of Wisconsin-Madison.

Professor Cañizares’ research activities focus on the study of stability, control, optimization, modeling, simulation, and computational issues in bulk power systems, microgrids, and energy systems in the context of competitive energy markets and smart grids. In these areas, he has either led or been an integral part of securing many grants and contracts from government agencies and private companies worth close to $85 million. Professor Cañizares has collaborated with multiple industry and university researchers in Canada and abroad, and supervised/co-supervised nearly 170 research fellows and graduate students. He has authored/co-authored more than 340 publications with over 21,000 citations and a 68 H index in Google Scholar, including journal and conference papers, several technical reports, book chapters, disclosures and patents, and has been invited to deliver over 190 keynote speeches, seminars, tutorials, and presentations at numerous institutions and conferences worldwide. He is the current Editor-In-Chief of the IEEE Transactions on Smart Grid, a Fellow of the Institute of Electrical & Electronic Engineering (IEEE), a Fellow of the Royal Society of Canada, where he is currently the Director of the Applied Science and Engineering Division of the Academy of Science, a Fellow of the Canadian Academy of Eng.