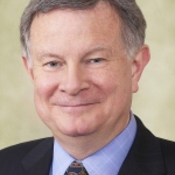 Served as Chair of the Board of Directors of the Ontario Centres of Excellence (OCE Inc.) 2004 -2011 and continues as a Board Member. Under David’s leadership, OCE Inc. launched the new Centre of Excellence for Energy in 2005. Served as a member of the Ontario Research and Innovation Council from 2006 to 2008 and, as mandated by the Premier, the Council developed a long-term innovation strategy for the Province of Ontario. Chair of the Gowlings International Management Committee and a member of the Board of Trustees. Acts for corporations, municipalities and utilities involved in the generation, distribution, marketing and financing of energy. He has acted as counsel in a variety of infrastructure projects including toll highways and tunnels, light rail systems and health care facilities. Recognized as a leading practitioner in Chambers Global Guide 2010, Energy and in the Canadian Legal Lexpert Directory 2010 for Energy (Electricity).Appointed by the Government of Canada to serve as a member of the Electric System Working Group, as part of the Joint Canada-U.S. Task Force to investigate the August 2003 power blackout. The final report of the Task Force (April 2004), set out a blueprint to enhance the reliability of the North American electricity grid. The Energy Policy Act passed by the United States Congress subsequently enacted many of the recommendations of the Task Force. Appointed to the Ontario Government's Electricity Conservation and Supply Task Force in June 2003. The January 2004 report provided a comprehensive strategy to meet the future energy demands of the province which formed the basis of the current Ontario energy policy. Serves as a member of the Ontario Smart Grid Forum that is continuing to help shape the policy directions for Ontario’s electricity sector.Currently a member of the Board of Directors of the Canadian Council for Public Private Partnerships, the Canadian Nuclear Law Organization and the Energy Council of Canada.