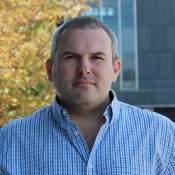 David Simakov completed his Ph.D. at the Israel Institute of Technology working on the design of catalytic membrane reformers for integrated fuel cell systems. After completion of his Ph.D. project, Dr. Simakov spent two years in industry, as a Chemical Engineer in a start-up company working on research and development of a new generation of fuel cells. His work has resulted in a major technological breakthrough. The company, CellEra, was eventually acquired by Elbit Systems, an Israel-based international defense electronics company.

Dr. Simakov's postdoctoral training was conducted in top-ranked universities. He first participated in a joint Technion-Princeton University project working on reaction-diffusion modeling of the biological pattern formation and then moved to Harvard University where he studied the nonlinear phenomena in catalytic oscillatory chemical systems. Prior to starting his independent academic career, Dr. Simakov conducted his postdoctoral training in the Department of Chemical Engineering at the Massachusetts Institute of Technology (MIT), where he worked on thermo-catalysis and reactor design for solar thermal reforming.

After completing his postdoctoral training, Dr. Simakov joined the University of Waterloo as an Assistant Professor at the Department of Chemical Engineering. Dr. Simakov's main research expertise is in heterogeneous catalysis, reactor design, and techno-economic analysis applied to thermocatalytic conversions. Currently, Dr. Simakov is working on carbon capture and utilization (CCU), focusing on thermocatalytic conversion of methane (CH4) and carbon dioxide (CO2) into renewable and substitute synthetic fuels. His research is funded by the University of Waterloo, Waterloo Institute for Sustainable Energy (WISE), NSERC, CFI, and OCE.