Plotting the path to a hydrogen economy 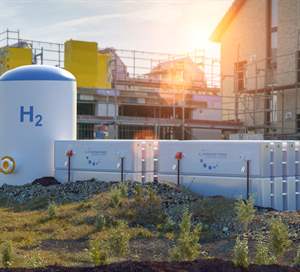 This versatile gas can serve as fuel for transportation and heating, as a way to store energy, and as a feedstock for many products such as ammonia and methanol. It’s easy to transport via pipelines, trucks or tankers, and if you generate hydrogen using renewable energy, it can even be net-zero.

But how do you shift from fossil fuels to this greener alternative? WISE researchers teamed up with the Hydrogen Business Council of Canada to examine the situation in Ontario. Together, they identified the most appropriate applications for hydrogen technology and recommended policies to drive their adoption.

One promising area is transportation. Hydrogen could replace fossil fuels in heavy transport — freight trains, trucks, and ships — as well as buses and passenger trains. In the short term, the researchers call for investments in rail infrastructure, hybrid locomotives, and hydrogen refuelling infrastructure along the province’s two biggest highway corridors. A previous study from the same team has optimized the hydrogen production and distribution infrastructure along the Highway Corridor (HWY 401) in Ontario to allow 0.1 – 1% of market penetration of Class 7, 8, 9, and 10 vehicles.

Within Ontario’s electricity grid, renewable and nuclear production doesn’t always align with demand. Temporarily converting excess energy to hydrogen could solve that mismatch, allowing the province to add more wind and solar energy to its mix.

Meanwhile, oil refineries use hydrogen to lower the sulphur content of diesel. The WISE team sees big potential to shrink the sector’s carbon footprint by generating that hydrogen using electrolysis instead of fossil fuels.

Through their 12 recommendations, the researchers offer a pathway to a made-in-Ontario hydrogen economy that reliably meets provincial energy needs while cutting carbon emissions.

Oversees all daily administrative functions at WISE and serves as the administrative assistant to the Executive Director. Provides strong customer focus that allows WISE members and partners to…