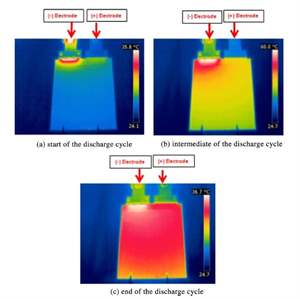 An electric vehicle (EV) is only as good as the battery that powers it. Battery performance drives vehicle performance and reliability — and ultimately the willingness of consumers to trade their conventional car for an electric version.

Various numerical models have been developed to predict the behaviour of batteries. But to be useful to EV designers, they have to reflect real-world conditions as accurately as possible. That’s where WISE researchers come in.

A team headed up by mechanical engineering professor Roydon Fraser and chemical engineering professor Michael Fowler started by collecting road data from an electric vehicle. They drove the car under a variety of conditions: aggressive highway driving, stop-and-go traffic around town and outdoor temperatures ranging from two to 17 degrees Celsius.

Back in the lab, the researchers set up a series of batteries in order to replicate those real-world drive cycles and measure the resulting battery performance. One of the key measures they focused on was battery temperature, since lithium-ion batteries degrade quickly if they get too hot, accelerating the aging process and reducing their range.

The team also developed an artificial neural network to simulate battery performance and trained it by feeding in voltage, state-of-charge and temperature data from one portion of the EV data.

Just how good was that simulation? When they fed in a different portion of the data and assessed the model’s predictions, the results were good. Their model accurately simulated the real-world charge/discharge behaviour, giving EV developers an important tool to continue boosting battery performance.